How to Build a Better Boy Wiki

This wiki is all about the upcoming Disney Channel original movie How to Build a Better Boy. we are still growing since this wiki was founded and we would be glad if you helped out!

About How to Build a Better Boy

The film is written by Jason Mayland and directed by Paul Hoen. How to Build a Better Boy follows high school sophomores Mae Hartley and Gabby Harrison, two tech-savvy best friends who devise a plan to create the perfect boyfriend with just a few strokes of the keyboard and a wireless connection. What Gabby and Mae don't realize is that the computer they use is set up to generate a robotic super soldier, which they have inadvertently activated in the form of Albert, a macho yet sensitive super cute boy. 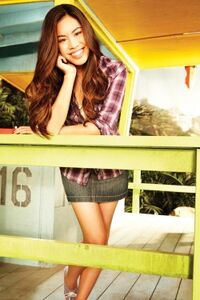 Ashley Spencer Argota (born January 9, 1993) is an American actress, singer, and student. She is best known for role as Lulu in the Nickelodeon sitcom True Jackson, VP. She also co-starred as Kelly Peckinpaw in Bucket & Skinner's Epic Adventures on Nickelodeon. She portrays Nevaeh Barnes in How to Build a Better Boy. (read more...) 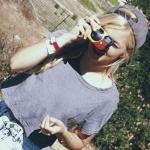 ArietteFans is a featured user.. Be sure to leave her a message on her wall! 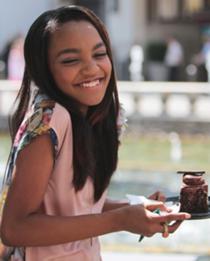 Gabby Harrison is a main character in How to Build a Better Boy. She is portrayed by China Anne McClain. (Read More)

Retrieved from "https://howtobuildabetterboy.fandom.com/wiki/How_to_Build_a_Better_Boy_Wiki?oldid=4566"
Community content is available under CC-BY-SA unless otherwise noted.